What a Biden-Harris administration means for artificial intelligence 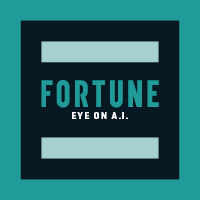 If artificial intelligence researchers and companies were disappointed with President Donald Trump’s A.I. policies, they might be more hopeful about the future of A.I. now that Joe Biden has been elected President.

One of the major sore points with current federal A.I. policy was the amount of funding that the Trump administration has allocated for nonmilitary A.I.-related research. In February, the White House said it would bump non–defense-related A.I. investment to $2 billion annually by 2022, which was seen by some analysts as paltry considering the staggering amount of money that’s needed to produce cutting-edge A.I. research.

Although the Biden administration has not detailed its exact plans for A.I. research, the Democrat’s campaign indicated that it considers general scientific research and development to be crucial to the nation. Biden has proposed to increase the amount of federal R&D spending to $300 billion over four years. Meanwhile, the White House planned to spend $142.2 billion on federal R&D as part of President Trump’s 2021 budget.